The governor has appointed the head of an influential behavioral health reform panel to lead the state agency responsible for Georgia’s safety net system for people with disabilities and behavioral health needs. State Rep. Mary Margaret Oliver, a Decatur Democrat who co-sponsored last year’s bill, said Tanner’s background gives him a deep understanding of the problems straining the state’s system. 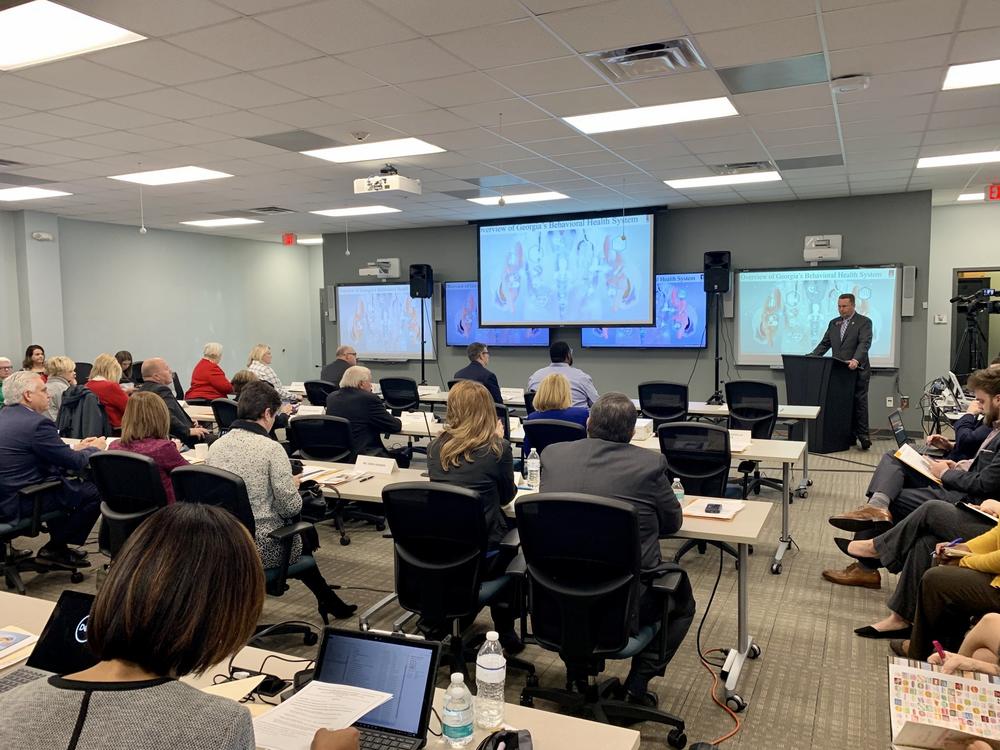 The governor has appointed the head of an influential behavioral health reform panel to lead the state agency responsible for Georgia’s safety net system for people with disabilities and behavioral health needs.

A week after winning another term, Gov. Brian Kemp announced Wednesday that he has appointed Kevin Tanner as commissioner of the state Department of Behavioral Health and Developmental Disabilities.

Tanner, who is currently the county manager in Forsyth County, will report to work on Dec. 16. He will succeed longtime commissioner Judy Fitzgerald, who retired from state service this month and who has had a long career in behavioral health.

Tanner will bring a different perspective to the role. He is a former Republican state representative who sponsored the measure creating the Behavioral Health Reform and Innovation Commission in 2019, which pushed forward the recommendations that shaped last session’s landmark bipartisan bill and is currently drafting new recommendations for next session.

When he left the state House to run for Congress in 2020, he was the chair of the transportation committee. He carried several high-profile measures, including bills aimed at improving transportation in rural areas of the state and growing regional transit options.

Early in his career, Tanner was a volunteer firefighter and chief deputy of the Dawson County Sheriff’s Office.

“Kevin Tanner is a capable and dedicated leader who has made significant contributions to both the state and his community over more than three decades of public service,” Kemp said in a statement. “It is thanks to his forward-thinking approach as head of the (commission) that Georgia is now implementing meaningful improvements in how we address mental health. The Department will be in good hands under his leadership.”

“Kevin Tanner’s 30-year career in law enforcement, county management, and legislation has given him a deep and substantive understanding of mental illness and substance abuse,” Oliver said. “His leadership of the Behavioral Health Commission for the last two years has begun nationally recognized reform — very needed for Georgia families.”

Jeff Breedlove, chief of communications and policy with the Georgia Council for Recovery, which is the advocacy group formerly known as the Georgia Council on Substance Abuse, said Tanner’s appointment also signals that the sharpened focus on improving access to mental health and substance use disorder treatment in Georgia will continue.

Kemp has appointed department veteran Monica Johnson to serve as interim commissioner for a month. Johnson was sworn in Wednesday during a called board meeting and said she was grateful to the governor for “entrusting me to lead the department during this very critical time of transition.”

For now, Tanner is still serving as chair of the reform-minded commission, which is set to issue new recommendations in the coming weeks. He led the group’s meeting Wednesday.

“This is the decade of mental health reform, and we’ve got a lot of work to do,” Tanner said Wednesday.