Sine Die: Good, the Bad, and the Ugly

I am most happy with the Mental Health Parity Act because this will truly help people. I am proud I voted NO on every piece of legislation that would limit teachers’ ability to teach. I’m most disappointed that we failed to authorize a distribution system to get medical cannabis to those who need it, and I am embarrassed we did not get it done because many families have waited too long to legally fill medical marijuana prescriptions. This failure is our biggest and most visible mistake of 2022. 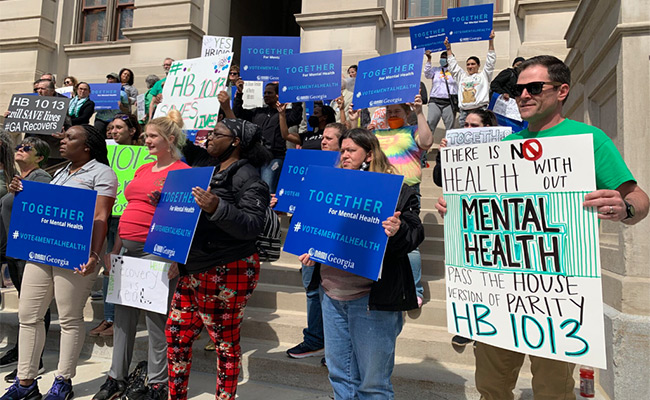 What did we achieve? Where might we have done a better job? What mistakes did we make? How much time did we take or waste messaging for campaigns, bashing the Biden administration, or making laws that pretend to give people rights they either already have or that give away rights they do have?

‍How would you answer those questions?

I am most happy with the Mental Health Parity Act because this will truly help people. I am proud I voted NO on every piece of legislation that would limit teachers’ ability to teach.

I’m most disappointed that we failed to authorize a distribution system to get medical cannabis to those who need it, and I am embarrassed we did not get it done because many families have waited too long to legally fill medical marijuana prescriptions. This failure is our biggest and most visible mistake of 2022.

SUMMARY OF THE GOOD, BAD, AND UGLY

‍BILLS THAT DID NOT PASS

HB 1464 and SB 89 - These bills included provisions about unsealing paper ballots, establishing strict ballot handling chain of custody rules, and prohibiting nonprofits from contributing funds to support the election process in counties. In the end, these failed after public testimony from elections supervisors that the provisions would be onerous for them. (SB 441 did pass. See below.)

SB 142 and SR 135 Sports Betting - Every year, there are gambling and gaming bills that survive until the eleventh hour. This year SB 142, “the sports betting lottery” bill, died in the Senate, while SR 135 authorizing sports betting hung on until the last minute of Day 40, when it was gutted and replaced by a bill to lower ad valorem taxes on timber pending voter ratification. There was no appetite to tackle these issues this year, despite hard lobbying for it and some possible good uses of the money. I voted YES to the timber tax bill.

HB 1425 Medical Cannabis - Several years ago, we established a licensing framework for medical cannabis growers and distributors. So far, the licensing has not become reality and is tied up in litigation and administrative confusion. A bill meant to fix the situation, but which only further complicated it, ultimately failed this Session. I voted NO due to last minute changes that raised constitutional legal questions. As I said above, an embarrassment.

SB 456 Abortion Pills - Thankfully, this bill did not come to the House floor after passing the Senate and a House committee. It would have further restricted women’s health care by preventing access to abortion medication by mail.

SB 504 Cash Bail - This bill would have expanded the cash bail requirement for felonies—from about 25 crimes to over 600. Judges already have discretion to impose cash bail, so the bill would remove judicial discretion in favor of a mandatory requirement. After passage in the Senate and a House committee, the bill was scheduled for a House vote, but it did not come to the floor.

HR 842 Legislative Raise - This would have established a salary for Senators and Representatives equal to 60% of state median household income. If passed, our salaries would nearly double, from around $17,000 to over $30,000. I voted NO on the bill in the House, and the Senate substitute did not come back to the House floor.

HB 1301 Gasoline Leaf Blowers - This bill would have prevented local government regulation of gasoline powered leaf blowers. It got attached as an amendment to HB 1382, which did not come out of the Senate.

SB 259 Catchall Gun Bill - Among other things, this bill would have prevented houses of worship from banning guns, allowed discharges of firearms on properties of 10 or more acres, prohibited a multi-jurisdictional database on registered gun owners, and allowed probate courts create an online application system for gun permits. It passed the House on Day 40, but the Senate did not agree to the House substitute, thereby ending the bill. Watch Rep. Becky Evans argue against the bill from the House well HERE.

‍THE SURVIVING BILLS--SOON TO BE LAW

SB 435 Anti-Trans Sports - Late in the evening, the Governor came to each chamber to advocate for his bill requiring students to participate in sports according to their gender assigned at birth, thereby barring trans or questioning children from participating according to their gender identification. I oppose mean spirited finger-pointing at children for being different.

In the end, SB 435 did not get a hearing in the House, but in major midnight shenanigans, an amendment designed to carry some of SB 435 was rolled into HB 1084 (see below) opposing teaching “divisive” concepts in schools, so that a vote for one included the other, with the Governor getting a two-fer. Instead of an outright ban, the amendment gives the decision making on the issue to an oversight committee formed under the Georgia High School Athletic Association, a privately funded, very powerful group. Floor debate was not allowed. Bad result, bad law. I voted NO.

HB 1084 “Divisive Concepts”- This is the CRT (Critical Race Theory) bill, banning teachers from teaching a specific list of nine “divisive” concepts, including systemic racism. This bill will usurp local control of classrooms, have a chilling effect on teacher recruitment (at a time when we need teachers), and censor student learning. The bill is intended to restrict conversations and teaching about race in America. I voted NO on this bill with its rider provision targeting trans children.

HB 1435 Gap Funding for Students - This bill changes the needs based financial aid program to expand eligibility for those college and university students with 80% of credits needed for graduation who have a financial aid gap. I voted YES.

HB 1283 School Recess - Daily recess will be required for students in kindergarten through fifth grade, subject to local control in certain situations. I voted YES.

SB 338 Postpartum Support - Medicaid support for postpartum women will increase from six to twelve months. This much needed legislation should help bring down the maternal mortality rate in Georgia, which is the second highest in the country. I voted YES.

SB 576 Grandparents’ Rights - I spoke in favor of this bill that sets out specific circumstances for the court to consider in determining an expansion of the limited visitation rights of grandparents when a parent dies or becomes incapacitated or incarcerated.

SB 514 “Unmask Georgia Students” - This is one of the Governor’s signature efforts, giving parents power to opt out of school mask mandates. Passed and signed by the Governor. I voted NO.

SB 345 No Vaccine Passports - Another bill putting individual rights ahead of health policy, this bill prohibits state and local governments from requiring proof of COVID-19 vaccination for access to or services by that government or its agencies. I voted NO.

SB 441 Election Investigations - Of three bills (HB 1464, SB 89, and SB 441), the only survivor on Sine Die was a substitute to SB 441 granting the GBI (which is under the Governor’s power) authority to initiate investigations for potential violations of elections laws, rather than waiting to be called in by the independently elected Secretary of State. I voted NO.

SB 319 “Constitutional Carry” or “Permitless Carry”- Another rollback of gun safety laws, this bill abolishes the requirement to obtain a license (involving a background check and fee) before carrying a concealed weapon. This was a signature piece of legislation announced by Governor Kemp before the Session opened. I voted NO.

HB 304 Gas Tax Suspended - Already signed by the Governor, this bill had no opposition in the legislature. State surplus funds will be used to fill the gap for the revenue losses. It will take a while to see the benefits at the pump. I voted YES.

HB 1437 Income Tax Rate - I voted YES after the bill was changed to phase in rate changes from the current 5.75% to 4.99% for 2029. The bill also will phase in higher standard deductions, from $2700 to $12,000 for single filers and from $7400 to $24,000 for joint filers. The changes are tied to annual state revenue collections and reserves, such that some years there may be no change in rates. Note: an earlier version had a provision to cap the tax credit for the film industry at $900 million (it is currently estimated at $1.07 billion), but that measure was stripped out in a Senate committee.

HB 1302 Tax Credit - The state will return $1.1 billion in income taxes to taxpayers, or $250 to single filers, $375 to single parents of dependents, and $500 to couples filing jointly. I voted NO, and my newsletter poll showed you would have voted NO, too.

HB 1150 “Freedom to Farm” Act - This bill circumscribes the ability to sue farmers for nuisances, like odor. Proponents claimed that farmers can work out these situations with their neighbors. However, the bill is designed to protect not small farms but large agricultural and animal farms, such as poultry operations, from lawsuits. I voted NO on the original bill and the Senate substitute.

HB 1437 Raccoons and Opossums - I voted NO on this bill authorizing year round hunting and trapping of these animals. I heard from many of you in opposition to this bill.

HB 893 Hazardous Waste Fees - This bill simply extends to 2027 the collection of fees for hazardous waste disposal and reporting. I voted YES.

HB 92 Vital Records Access - Genealogists and others have worked a long time to get this law, which reduces from 100 to 75 years the time period after a person's death for transference of vital records to the State Archives. I voted YES.

HB 824 Legislator Pensions - This increases the contribution to the legislative retirement system. It involves no taxpayer money because the system is overfunded right now. I voted YES.

You may look up any bill by number on the General Assembly website listed in the last section below. *We do our best to have correct, verifiable information, but some last day changes may not be available. You may find conflicting reports elsewhere, in which case please let us know.