State Rep. Mary Margaret Oliver, the Decatur Democrat who’s been a strong advocate for mandatory reporting, said the case showed the importance of quickly reporting child abuse. That is especially true, she said, when the children have special needs. “They are the children who are the most vulnerable,” Oliver said, citing factors including the difficulty some special needs children have with verbal communication and expressing themselves to investigators. 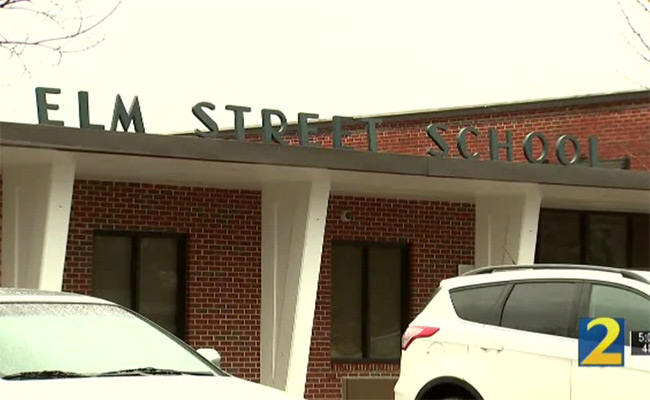 By Joshua Sharpe, The Atlanta Journal-Constitution

The Elm Street Elementary School principal received a striking report: A special education teacher had allegedly choked one student and thrown a shoe at another.

The moment Principal Christi Hildebrand learned of the accusations, a clock started. Georgia law gives school employees 24 hours to report suspected child abuse. If they don’t, it’s a misdemeanor. Hildebrand waited nearly two weeks to contact police and the Division of Family and Children Services. The families of four students allege in a lawsuit that the Newnan principal’s delay left the students in danger in December 2019. The suit, filed in December in U.S. District Court in Atlanta, is against Hildebrand, who remains principal, and the Coweta County School System and seeks a trial. The defendants declined to comment.

Jillian Wooton, one of the plaintiffs, said she and other parents didn’t learn of abuse allegations leveled by a paraprofessional until Hildebrand finally told the police. Wooton said that left her in the dark about what might’ve been going on with her son, Aiden, 14.

“It’s really upsetting, because my son personally is not able to verbalize to me if something has happened to him,” Wooton said Friday. “He doesn’t have a great short-term memory. So it leaves us feeling really lost.”

State Rep. Mary Margaret Oliver, the Decatur Democrat who’s been a strong advocate for mandatory reporting, said the case showed the importance of quickly reporting child abuse. That is especially true, she said, when the children have special needs. “They are the children who are the most vulnerable,” Oliver said, citing factors including the difficulty some special needs children have with verbal communication and expressing themselves to investigators.

The case would end with the principal facing punishment from law enforcement and the teacher no longer working at the school.

No one disputes that Hildebrand was legally required to contact authorities within 24 hours and failed to do so, but whether the abuse happened, or if it was child abuse under Georgia law, remains subject to dispute.

The families allege in the lawsuit that the teacher caused children pain, injuries and emotional distress. Coweta Circuit District Attorney Herb Cranford said investigators weren’t able to find sufficient evidence to prove that the Newnan teacher committed the alleged abuse. But there was enough evidence to show that Hildebrand had cause to suspect child abuse had happened and was legally required to report it to authorities.

The DA’s office investigated the case, along with Newnan police, after an assistant superintendent learned she’d received multiple allegations against the teacher and told Hildebrand to contact police, according to investigative files obtained from the Coweta school district by the AJC. The complaints had come from a paraprofessional assigned to the special ed teacher’s class.

According to documents from the school district, Hildebrand said her delay in reporting the concerns to law enforcement happened because she didn’t fully read an email about the abuse allegations.

Hildebrand said she planned to set up a meeting between the teacher and the parapro who’d accused her, treating the matter more as a dispute between co-workers than a potential child abuse case. That was, school officials have suggested, because when the teacher learned she’d been accused, she accused the parapro with an earlier instance of alleged child abuse, which wasn’t substantiated by investigators.

The alleged abuse Hildebrand waited to report included accusations of the teacher hitting students in class and demeaning them, in one case calling a child who’d had an accident in her pants “a disgusting animal and a baby who will never have friends.”

“To determine how to resolve the case,” Cranford said in an email, “I considered the perspective of all the parents, the strengths and weaknesses of the evidence, whether actual abuse of children occurred as a result of the failure to report, and whether the offenders had criminal histories.”

Because Hildebrand didn’t have a criminal history, Cranford agreed for her to take advantage of pre-trial diversion, which imposes restrictions similar to probation and allows people to take responsibility without a conviction on their record. The principal did 80 hours of community service and paid a $1,000 fine.

The district suspended Hildebrand for two days without pay and made her take training on mandatory reporting laws. Personnel records obtained by the AJC show the training lasted two hours.

In a twist, the paraprofessional who had reported the teacher to Hildebrand was found to have failed to report child abuse herself. Two months before the first time the parapro reported the teacher, she’d seen another instance of the teacher abusing a child, she said. But the parapro hadn’t reported her earlier concerns. The AJC isn’t naming the parapro or the teacher because neither has been charged with a crime and they aren’t defendants in the lawsuit. Neither works for the district anymore.

The DA agreed to allow the parapro to use pre-trial diversion like Hildebrand. Her fine was the same as Hildebrand’s. But the parapro had to agree to never apply for another job teaching in an elementary school or working with children with special needs in any grade. She resigned from the district in 2021.

Hildebrand was reprimanded by the Georgia Professional Standards Council for failing to report abuse initially.

The accused teacher faced no discipline and continued to work in the school district until the end of the school year, when her contract wasn’t renewed, according to personnel records. Her case with the standards council is pending because she requested a hearing, which is pending, an investigator said Tuesday.

Oliver said she didn’t have an opinion on the particular penalties the principal has faced, but she was encouraged to see the principal was held accountable.

“The school system didn’t respond promptly, but it did respond,” the state rep said. “And where there were gaps in compliance with the law, investigations were conducted and sanctions were imposed.”