The bills from state Rep. Mary Margaret Oliver (D-Decatur) follow a series of investigative reports by The Atlanta Journal-Constitution and Channel 2 Action News last summer that showed loose financial controls, mismanagement and improper per diem payments to some board members of the Development Authority of Fulton County. 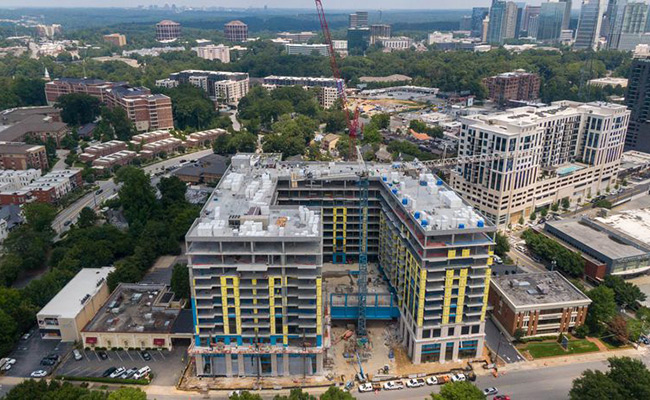 By Ben Brasch, The Atlanta Journal-Constitution

An influential state lawmaker intends to file a pair of bills next week that would formalize oversight of development authorities.

The bills from state Rep. Mary Margaret Oliver (D-Decatur) follow a series of investigative reports by The Atlanta Journal-Constitution and Channel 2 Action News last summer that showed loose financial controls, mismanagement and improper per diem payments to some board members of the Development Authority of Fulton County.

Development authorities play key roles in real estate and business recruitment in Georgia, issuing lucrative incentives often with little oversight. Their boards are typically appointed by elected leaders and tend to be made up of well-connected business or political figures.

“The development authorities and the bond lawyers, and very successful business entities, like the system as it exists today and feel like it’s working and change is not necessary,” Oliver said.

Oliver’s first bill would cap per diem payments available to members of large development authorities at the amount of money General Assembly members make annually — which as of now is $16,200. It also would give ethics boards at the state or local level the power to investigate.

Critics have long chastised Fulton’s authority as a rubberstamp that gives developers huge tax breaks to build in red-hot real estate markets like Midtown or along the Beltline.

“There’s not a lot of sunshine on these transactions,” Oliver said.

These payouts were happening despite no evidence that per diem rates were even authorized as required by law, the Fulton County Commission later found.

Oliver’s second bill would allow local governments, include school systems, to object to annexations because it would hurt residents financially. Annexation fights have landed in court, which she said wastes time and money.

This bill matches a package of other proposed legislation filed by Oliver last session that would give counties and school districts more power in the often controversial processes. Because, while cities like Brookhaven and Doraville argue they’re just trying to improve their communities, the county and school district say those deals siphon away tax dollars.

The Fulton authority has undergone a massive amount of change during the last several months.

The board under new chairman, Michel “Marty” Turpeau, tightened internal controls. The county commission, meanwhile, has appointed five new representatives to the nine-member board.

Two of those new members represent the Atlanta and Fulton school systems following an amendment last year to the authority’s bylaws. This move, long asked for by schools officials, is aimed at giving a voice to the school systems, which fund about half the value of tax incentives granted by Fulton authority and previously had no say.

Oliver said she had lunch with Turpeau and they discussed reform to the agency.

“I was encouraged by his intent and I’ve also been encouraged by what he’s done since that lunch ... I believe they’ve set a more appropriate guardrails about per diems,” she said. She added that she’s glad to see the authority actually reject proposals from developers.

“They are more active, aggressive and approach their development proposals with a sense of entitlement,” she said.

Oliver said she has been talking to Republican lawmakers and feels good about getting bipartisan support for the bills.