State Representative Mary Margaret Oliver said a new proposal to raise that age in Georgia to 18 has come up in legislature several times in recent years. 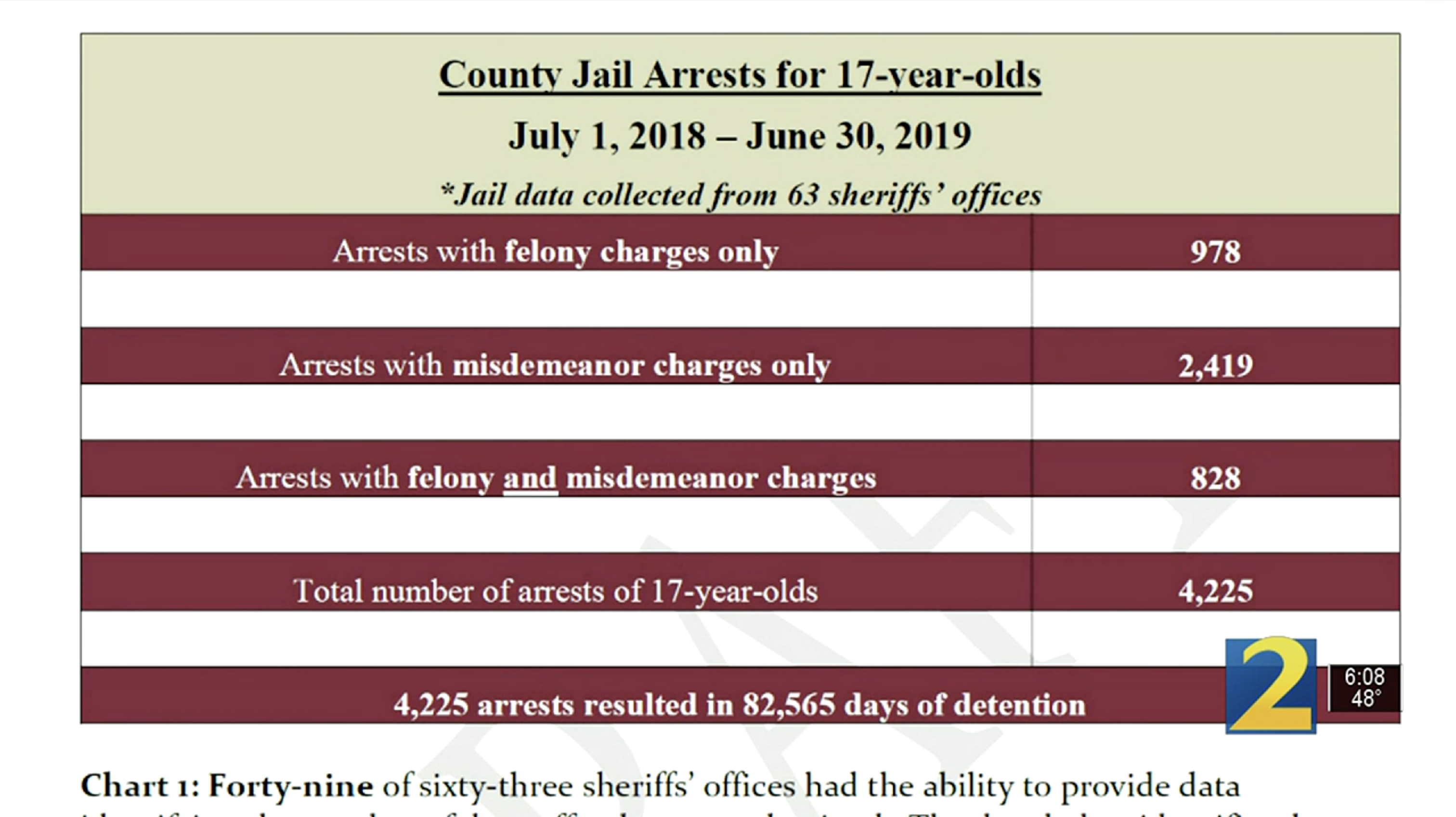 ATLANTA, Ga. — Lawmakers are discussing passing a bill to raise the age of juvenile offenders in Georgia.

The Fulton County District Attorney’s Office told Channel 2′s Mark Winne in the state that minors as young as 17 can be prosecuted as adults for certain serious crimes.

State Representative Mary Margaret Oliver said a new proposal to raise that age in Georgia to 18 has come up in legislature several times in recent years.

In the United States, Georgia is one of three states that don’t consider 17-year-old juveniles in criminal law.

“Juvenile sanctions are less stringent than adult courts, so I think it sends a message to this age group they can get away with even more offenses,” Oliver said.

Oliver told Winnie she believes the “Raise the Age Bill” will be introduced again in 2023 with heavy bipartisan support.

Although many lawmakers support the bill, some, like Terry Norris, the Executive Director of the Georgia Sheriff’s Association, are concerned that incarcerated 17-year-olds would negatively influence younger offenders.

“I don’t think anyone wants a 17-year-old to 18-year old that has been gang indoctrinated that may have committed a lesser offense to be placed in a juvenile facility with a 15 or 13 or 14-year-old who needs the services of the department of juvenile justice,” Norris said.

Norris added that juvenile justice facilities such as the Metro Youth Detention Center don’t have the resources to handle a new age group.

“They’re just 17-year-olds committing misdemeanors. Four or five thousand of those folks are not part of the dangerous criminal element,” Oliver said. “They are doing stupid teenage things.”

District Attorney Fani Willis said, “I support efforts to align Georgia law with almost all other states by raising the age of adult criminal culpability to 18. That said, such legislation should include provisions that add crimes like an aggravated assault with a firearm and gang activity to those that permit violent juveniles to be tried in adult court if necessary to ensure the community’s safety.”

The Department of Juvenile Justice Commissioner Tyrone Oliver said they are neither for nor against the bill; however they lack the adequate resources and facilities to handle the influx of a new age group.

“DJJ has facility problems right now, but so do the jails that are holding the 17-year-olds,” said Oliver.