The package of bills recently pre-filed by state Rep. Mary Margaret Oliver (D-Decatur) would give counties and school districts more agency in the often controversial processes. 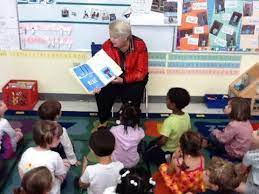 By Tyler Estep, The Atlanta Journal-Constitution

Tax abatements and other incentives offered to developers by local cities have become a frequent point of contention in DeKalb County.

Cities like Brookhaven and Doraville say they’re just playing by the established rules to help make new development a reality. The county government and the county school district, meanwhile, have decried their lack of involvement in decisions that they say can significantly impact their respective budgets.

New legislation set to be discussed during the upcoming session of the Georgia General Assembly would tackle those disputes, in DeKalb and statewide.

The package of bills recently pre-filed by state Rep. Mary Margaret Oliver (D-Decatur) would give counties and school districts more agency in the often controversial processes.

“I want us to have a focused discussion and strengthen the statues to allow for objections to annexations, review of bond validations with related tax abatement issues and increase transparency for all participants,” Oliver said in a news release.

DeKalb County school board chairman Marshall Orson said he was pleased that the legislature will take a closer look at current laws.

“Property tax revenues make up the largest share of funding for the DeKalb County School District and represent the largest share of property tax collections,” he said in an emailed statement. “At the same time, as there appear to be more instances where such funding is diverted from schools, it is imperative that school districts have a seat at the table when annexation and abatement efforts are under consideration.”

“I think those conversations are worth having,” he said. “But the one thing that I think will give us some concern is that she’s having these conversations in the context of annexations.”

There are three bills in the package that Oliver pre-filed last week.

House Bill 23 would give local school systems affected by proposed annexations “standing and authority” to participate in dispute resolution proceedings.

House Bill 25 would let school systems be a part of bond validation hearings, which are often part of tax breaks offered by local development authorities.

DeKalb County Commissioner Jeff Rader has been the most vocal critic of tax abatements and other incentives offered by local cities. Earlier this year, he spearheaded a local ordinance that made it a county policy to oppose any such deals that would result in the county collecting less tax revenue than it needs to provide services to the finished development.

It was spurred on by deals that development authorities in Doraville and Brookhaven struck with developers.

Rader called Oliver’s bills a “good first step” but said they need to be refined.

“An annexation driven by tax abatement and zoning allows a private party to pit one jurisdiction against another for zoning rights, financial incentives and bragging rights to new development, and does nothing to address the legitimate concerns of other jurisdictions and their citizens,” Rader said.

Doraville Mayor Joseph Geierman, meanwhile, said his city will be watching the legislation closely — and hopes they’ll have a seat at the table during discussions.

“When it comes to laws that directly impact our ability to efficiently manage our growth, our role should be proactive, not reactive,” Geierman said.

The Georgia General Assembly is scheduled to convene on Jan. 11.